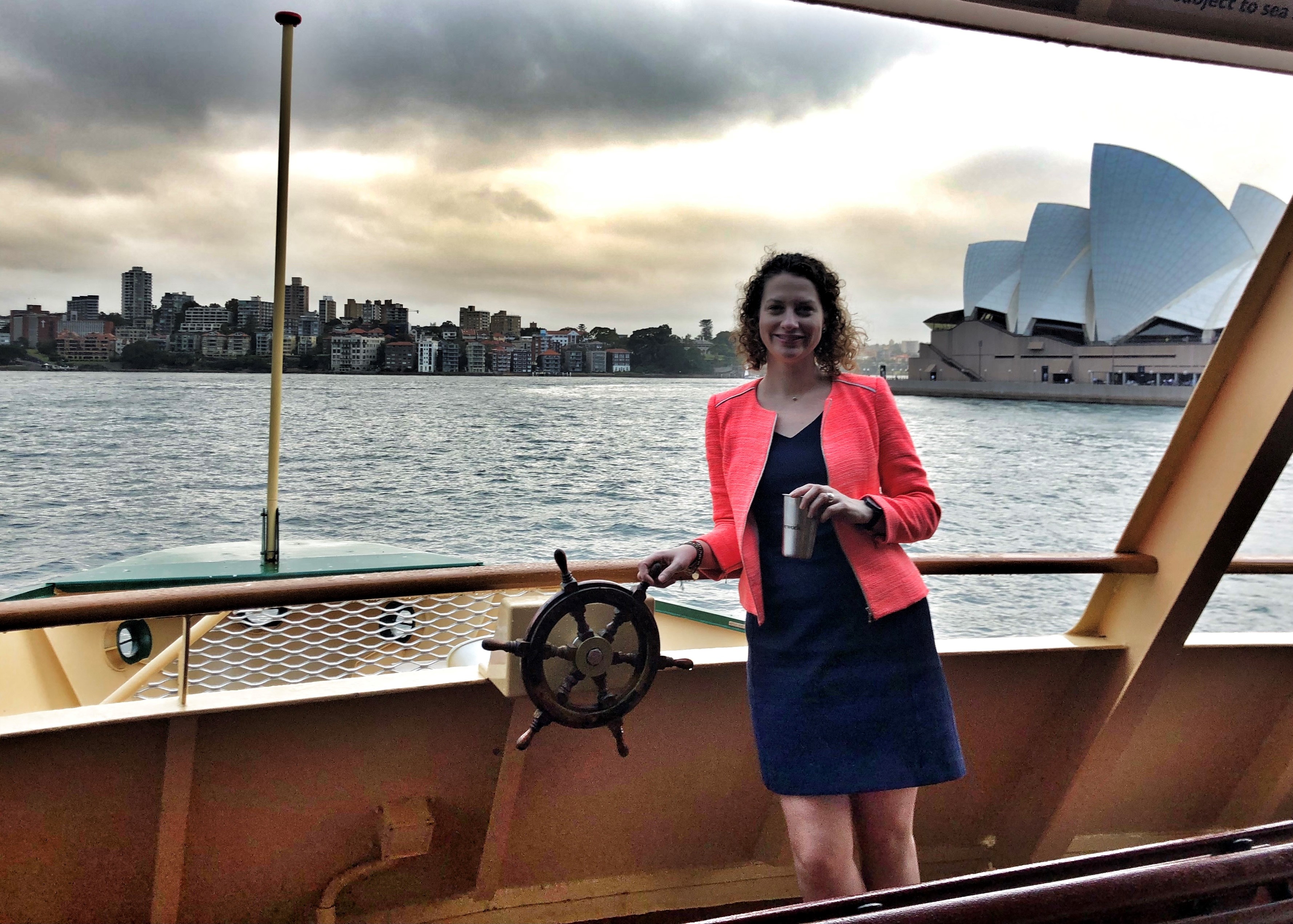 You were born to a parent working in the energy sector, did this influence your career choice? How did it feel? Can you explain it to us a bit?

It definitely had an impact on my choice of career. My dad was working in the Air Force for around 20 years before he started working in renewables in the wind industry. He was a mechanic in the Air Force, and he became the manager for a wind turbine supplier when we were living in Corsica. Wind turbines and aircraft are similar in terms of mechanics so, it was okay for him to switch jobs. However, he did learn quite a lot, and at that time, I was a teenager, and I learned along with him. I was always good at mathematics and science, so it was almost automatic to pursue an engineering degree. The fact that my dad was already working in this area was beneficial and eye-opening for me. I got an internship in Germany during my fourth year of engineering school. I worked for an EPC contractor in the solar industry in southern Germany. From there, I got a second internship during my last year of school in a joint venture. So, that's how it started.

Why did you choose solar instead of following in your father’s footsteps and working in the wind sector?

Again, it is somehow related to my dad *laughs*. After starting with wind, over time, he began to work with both wind and solar. Whereas for me, my two internships were in solar, and my first job was in solar, so even though both are impressive and good sectors, I stuck to solar energy.

How was it for you as a young woman studying at a technical school – even though things are changing for women in STEM?

It was great. I loved my engineering school. Indeed, women were not the majority, but I think the number of female students is increasing. It is becoming more commonplace for women to attend engineering school. What pushed me to go to this school was its international aspect; it trains trilingual engineers. I was following courses in French, English and Spanish because we had partnerships with schools in the UK and Spain. Having this kind of international background is very important for a young engineer, especially now, being connected to different cultures and different ways of working helps. The program my school was offering was also very diverse - you wouldn't just study mechanical engineering or computer science, we were doing a bit of everything: mechanics, electronics, energy systems, a couple of courses on renewables, also advanced computing.

This journey gave me a chance to see different aspects of engineering and allowed me to think about the direction I wanted to go. Studying at an international school also gave me the push to look for an international internship; that's how I ended up in Germany for my first internship. During my last year at school, I did a second master’s degree at the University of Wolverhampton in Advanced Technology Management. I also worked in China for two and a half years and now I am based in London working on international projects at Lightsource bp.

It almost feels like you exactly knew what you needed to do while you were studying! The languages, diverse courses.

Yes, that has opened me so many doors – not being focused on only one thing. I have done many different things, but I always come back to renewables, something that I like and believe in.

Please tell us a bit about Lightsource bp.

We are a global leader in the development and management of solar energy projects. We want to deliver affordable and sustainable solar energy projects to businesses and communities worldwide. We are a fifty-fifty joint venture with bp. When we started in 2015, it was called Lightsource - now, it is Lightsource bp. We have around 500 people working in about 15 countries on different projects. We work with governments, business, and communities. We go from site selection or the acquisition of projects in development, to construction and the asset management of a solar site. So, we manage all the steps of a solar project. This makes it very interesting, being able to see the whole picture.

What do you think made bp turn its attention to Lightsource or renewable energy in general?

I think many companies realise that it is crucial to be a part of the energy revolution. We started with 5 people, and we were funded in 2010. We had bp come on board in 2017. By combining what we do and how well we can do it with what bp could offer us, we reached another level. We probably wouldn't entered so many countries or into partnerships if it were not for bp's name and involvement. I think it is a great opportunity that pushes both companies to be better.

Hopefully, this becomes an example for many similar companies, and everybody realises we are on the same planet.

Bp saw the opportunity early to be more involved in renewables. Nowadays, all big oil and gas players like Total and Shell have done precisely the same – they have been investing in many different renewable companies.

Are there any particularly exciting projects for you in Lightsource bp that you would like to tell us?

There is so much going on, it is really hard to choose just one. Our research and development team is currently working on a project in South Wales with green hydrogen. This project is fascinating for us - we can look at the whole process and really examine how solar and green hydrogen work together. We are also doing bigger and bigger projects. When I started working at Lightsource bp, the average size of a project was around 5-10 MW. Now we are doing projects that are more than 300 MW. We have just got approval for 400 MW project in Australia, and we have just completed a 200 MW project on the adjacent plot. So, in total, it would be a 600-MW project. This project is the biggest Lightsource bp project to date. It is exhilarating to reaching these kinds of numbers.

Do you feel optimistic about the fight against climate change when you see these numbers and initiatives? And are other countries are welcoming of these projects? I feel like you are in an excellent position to see this. Do you think there needs to be more action taken? What do you think we need?

We are on the right track. I think we have made much progress, but we can always do better and move faster. Climate change is a global issue - all the oil and gas companies are joining the movement now. They understand they must be a part of the change rather than being a part of the issue. Large companies are now taking ownership of their carbon footprint and exploring ways of reducing it. For instance, Lightsource bp signed a contract with Amazon for a new 375-MW solar project in Ohio to support their operations locally. These solutions are a win-win solution for all involved parties.

So, I understand that you have a busy schedule that extends time zones and countries. But what do you do when you are not working? How do you relax if you do not mind sharing?

After the year we had, working from home in stressful jobs with several deadlines we need something to release the pressure and looking after our well-being is vital. I am a big fan of watching sports. When I was in the south of France, I even played rugby - it is a good way of realising pressure. I started running when I was in China, I did four half-marathons – with not impressive times, but I still did them. And they were all around the globe. I love to travel as well, so it's the perfect combination! Yoga is great too. Lightsource bp is giving us yoga classes every week. All people working around the globe for Lightsource bo can simultaneously join the sessions.

Do you have any last words, advice for women who are getting into the renewable energy industry?

Just go ahead and do it! Do not be intimated; try to build a relationship with a mentor who can help you improve. I was lucky to have great women mentors at the very early stages of my career in a very male-dominated sector. They pushed me to be better and not to be hesitant. Happily, Lightsource bp is ahead of the curve in this area, with 50% of women on the executive board level and even more at a senior level, so I do think that progress is being made across the sector. My message is, do not be afraid; it is rewarding to work to try to save the planet!

Thank you very much!

This interview was made by our audience contact manager Carolina Garcia. Transcribed and edited by Merve Özcaner