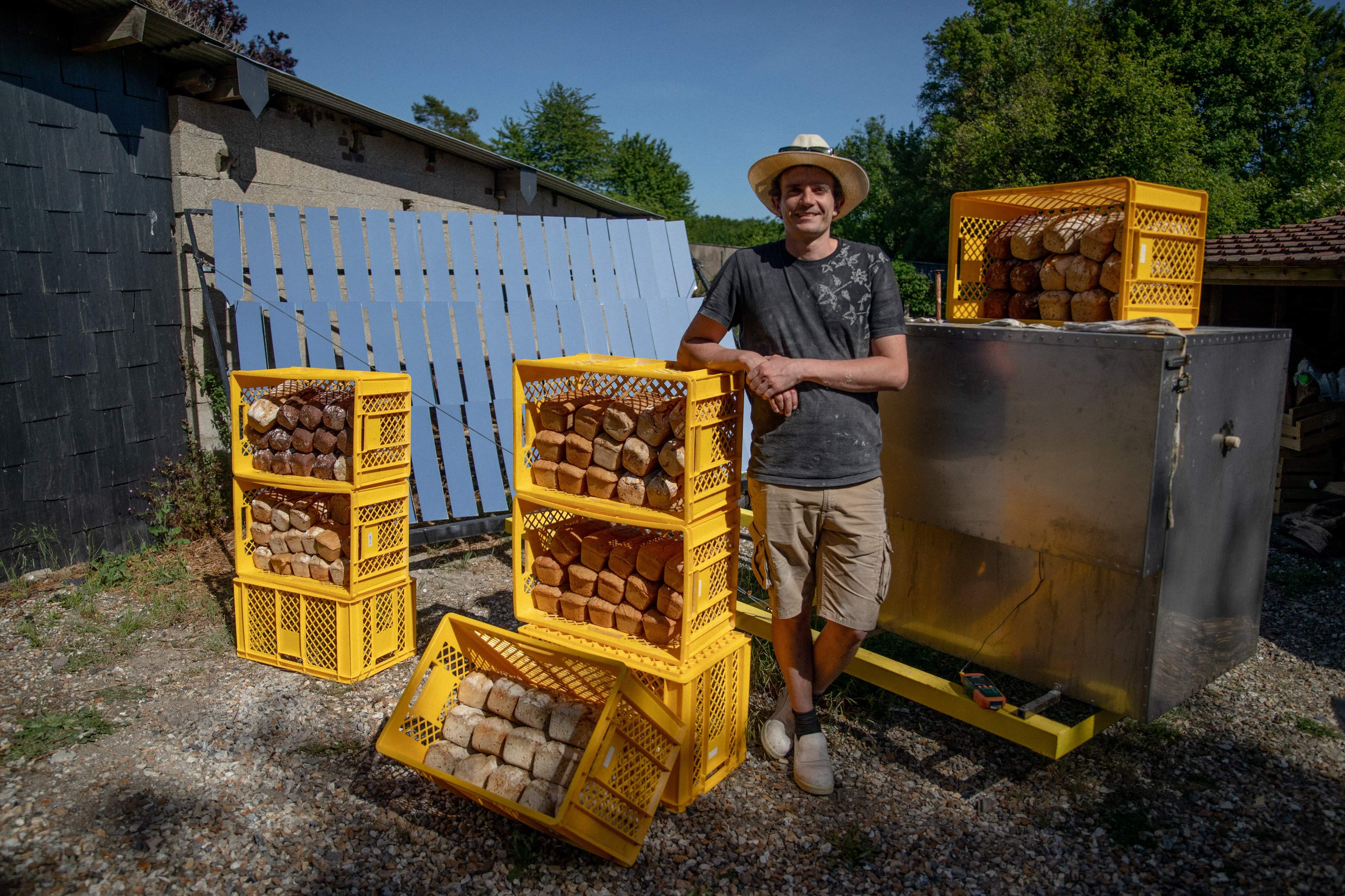 Can Solar Thermal Energy be a Game-Changer?

Can Solar Thermal Energy be a Game-Changer?

This will be a two-part article series. In this section we'll convey how Solar Fire company is started and how solar thermal energy promises a lot for fighting poverty.

Solar Fire’s journey started a very long time ago. When a Canadian traveler came back from a trip and asked his father if something could be done to prevent people from destroying their lungs, burning wood or tires to simply get the heat needed to cook. The creative father, Mr Fraser Symington (1920-2014), started then to work on a solar thermal solution, based on a few principles such as entirely building locally with available materials and being as powerful as a “real” fire.

Fraser worked hard in his backyard and a few years later, his grandson, Lorin Symington, and one of his best friends, Eerik Wissenz, started a very long journey to refine and promote an approach which is adapted to millions of people facing climate change’s side effects. They traveled to more than 15 countries, founded a social and impact engineering company with Eva Wissenz, Urs Riggenbach, Arnaud Cretot and William Cleaver in Tampere, Finland; and worked with major international partners.

This article is for people who are not only overly concerned to do something about climate change but also consider the question of what is “the most we can do” in the time we have – rather than “what fulfils a minimum sense of doing something”. In other words, to see the difference between having “some” impact and having the impact needed to solve the problem.

Furthermore, this text is for people who believe the climate crisis has no satisfactory solution without also solving poverty. We have an ethical responsibility to the earth and to the people that do not benefit from the existing global infrastructure. They are also the most vulnerable ones to climate change’s effects – not to mention that climate change may drive nearly everyone we know today to poverty, by today’s comfort standards. So, a solution that works in the context of poverty may ultimately be the only possible game plan.

Currently, Solar Fire Concentration has successfully piloted the Lytefire technology in East Africa. We have clients, innovative software for industry, we have proven the solar bakery business model in France. We’ll soon start the commercialization. We have also completed the last piece of the puzzle, which was to develop and pilot an education package that can be deployed in low-income regions. We are now working on creating an online version adapted to a post-COVID19 world. Education is the key for rapid expansion in the low-income areas; first, to learn how to effectively use and maintain the solar machines, second to develop the business and ecosystem skills needed to create the most value possible with the technology, and third for fabricating the technology locally.

Although it is generally recognized that cheaper electricity is a significant driver of economic development, it is, for whatever reason, usually not recognized that more affordable thermal energy has the same benefits for the same reasons, just for a different set of applications.

In addition to the nearly 3 billion people burning biomass for daily thermal (heat) needs, almost all industrial production requires thermal inputs at various stages of material transformation. Roughly half of the energy consumed in the industry is for heating processes between 100° and 250°C.

Currently, the main limiting factor for using solar thermal energy in industry is that production is organized in large urban centers where land is expensive. Installing any large equipment in an industrial area requires various heavy leveling and groundwork. Massive capital investment would be needed to retrofit solar thermal to existing complex fabrication systems (that were not built with solar thermal in mind). On top of this, the existing air pollution of fossil-based thermal processes and electricity production reduces the effectiveness of solar thermal devices by blocking out the sun and depositing particles on the solar collection surfaces.

Keep in mind that to run a large factory that consumes many megawatts of thermal energy, hectares of solar reflectors would be required, which is far more extensive than the area of factory typically occupies. Unlike electricity, thermal energy cannot be transported long distances. So, piping thermal energy from outside the city, where land is inexpensive, is not viable. The thermal energy would need to be converted to either electricity or chemical fuel. This would completely eliminate the efficiency and capital cost advantages of using the thermal energy directly for thermal processes.

Although “plugging in” solar thermal energy to today’s infrastructure is economical only in niche areas, production will ultimately follow the cheapest source of energy available, regardless of the sunk costs of the existing system.

In small farming and rural areas, the cost of land to place solar thermal machines is less a factor. There is plenty of space to run thermal processes, the cost of setup does not require costly commissioning or earthwork, and the air is usually cleaner (so more light reaches the surface and mirrors get less dirty). Furthermore, there is already agricultural activity with an enormous potential for added value thermal processing and to sell a higher-value transformed version of existing agricultural product. Examples are solar roasting, dehydration, baking and other thermal food processing as we have piloted through our humanitarian branch GoSol.solar in East Africa, South East Asia and South America.

By capturing this value added, skills and income will increase, which is setting the stage for more extensive and higher temperature solar thermal devices that can power productive industries including ceramics, textiles, and paper. The skills and capital of this second phase of development lay the foundation for powering high-thermal temperature process, including metal works and silicon.

Stay tuned for the second article in this series, which delves into deeper detail of benefits of thermal solar energy.

Disclaimer: This article has been edited by the SEE team for convenience.